Transforming food systems through co-operation in our communities

Whilst austerity is hitting the poorest and most vulnerable in society, in the UK (and the rest of the ‘western world’), it is also shaking the foundations of many of the institutions and infrastructures that we take for granted. With regards to food and bio-(cultural) diversity this raises concerns but also some opportunities.  In fact, for bringing ‘community’ together and breaking down many of the social barriers which are in fact often a result of over-bureaucratic official systems which are out-of-date and no longer fit for purpose, now is a good time. 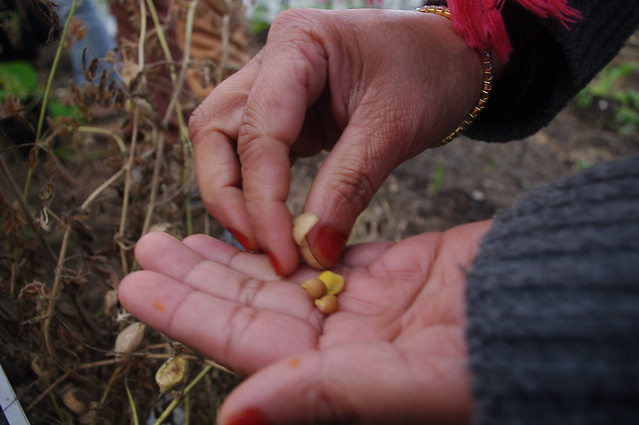 If we look to the keystones of any local community we have parks, gardens and allotments, community centres, libraries, museums and community shops. Obviously some of these infrastructures have been lost and many are moving out of the hands of local authorities  to some degree (even if it is just for maintenance).

There are plenty of examples where people have joined together in their communities through sheer necessity, determination and will and have found a way to take over the running of these infrastructures returning them to the heart of the community in the neighbourhood where (surely) they belong. Two examples of inspiring food systems infrastructure going successfully into the capable hands of communities follow; Organiclea and Community Shops across the country (both rural and now urban).

The first, Organiclea, a worker’s co-operative, on the edge of Waltham Forest grew in scale when the council closed its plant nursery in 2007. Whilst they had been growing local food for sale from nearby allotments the possibility of up-scaling their production to include vast areas of undercover as well as outdoor growing space meant they could produce a huge amount of salads, fruit and veg locally. The group run as a co-operative and have significant yields other than the plants and food produced. It is a haven for wildlife and beauty, it is also a place of learning and therapeutic horticulture.

A team of community growers from Bradford’s Horton Community Farm (also a worker’s co-op) visited in 2013. We ate with volunteers and people from social projects who were spending time growing crops together. We also saw their amazing vineyards and bees which were kept purely for pollinating them. Schools and community visits often took place helping those who visited to gain an understanding of how elements of a re-localized food production system in this country might look.

Taking on a project of this scope Organiclea used permaculture design; creating designs which incorporate looking at the benefits to earth, people (individuals and groups) and for society (social justice or equity). The project has been a huge success and is a resource for all the community; providing fresh, locally sourced, organically grown food is just one of the many yields. The others include improved environment (they started on derelict allotments and moved onto what could have become derelict glasshouses), improved health and well-being of those who attend as well as social cohesion amongst the different groups. 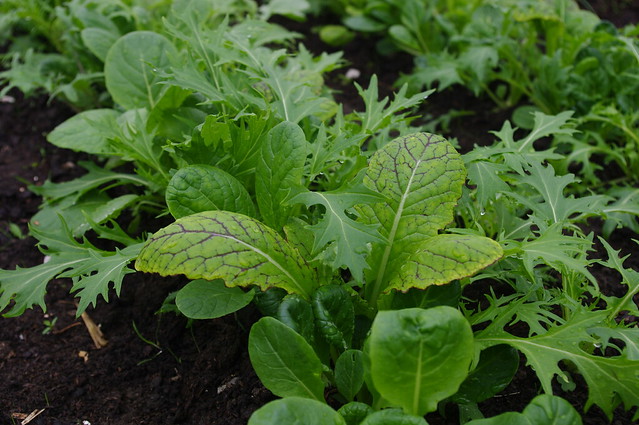 The second example also relating to the idea of re-localising the food system comes from Community Shops and in particular the ‘Our Urban Shop’ programme coordinated and funded by the Esme Fairbairn Foundation, Plunkett Foundation and Locality. The idea that the local shop can be run by the community transforms the possible success rate for rural community shops shown to be 95% compared to 47% of ordinary commercial shops (privately owned) with this model now being brought to urban areas.

In most cases there has been a significant amount of foresight and vision coming from these communities. This along with the programmes of funding and support which have been forthcoming. Programmes from a variety of organizations like those mentioned as well as Co-operatives UK are aiming to give communities the tools they need to successfully run the infrastructures communities deem are most urgently to be saved, many in relation to food. Lottery funded programmes have also been key for local food infrastructure.

In Bradford our very own Horton Community Farm (HCF), near Horton Park has been fortunate enough to take over nearly 2 acres of almost derelict allotment site right in the heart of inner city Bradford, with help from the Lottery local food programme. Also using permaculture to design the space, HCF grows food from 2 commercial polytunnels, and now offers Social and Therapeutic Horticulture to vulnerable groups. It also offers Forest Schools, food growing and outdoor education to inner city kids, as well as regular volunteering opportunities, skillshares, workshops and courses. 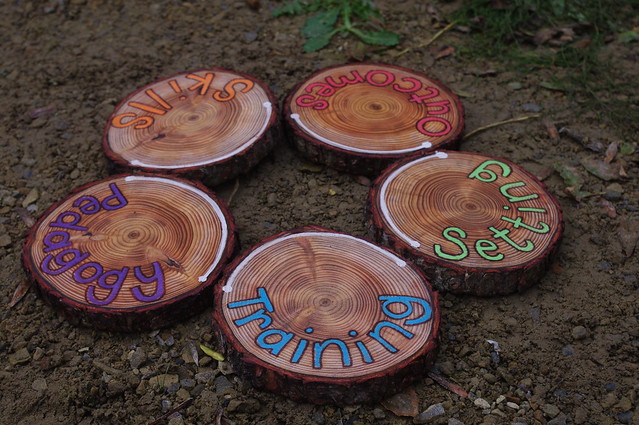 At Grow Bradford our main aim to date has been to seek out, document and connect community growers and elements of Bradford’s food system and promote local food and biodiversity as well as cooperation. We have been doing this through our website and social media, workshops, debates, growing projects and co-operating with others wherever possible.

As Grow Bradford sets out on a journey into a new era we find the pieces of the puzzle are coming into place. There are many groups, projects and organizations in Bradford doing fantastic work, many of whom we’ve documented through visits and our site. It seems now is the time to scale up and take greater community ownership. Not only do we find people interested in working together and various limbs of the local authority are contacting us with more frequency, we find the kinds of ideas people are having are much more in line with autonomy; the idea of doing things for ourselves, not in the greedy sense but in the sense of ‘self-reliance’, ‘self-determination’ and with no small degree of resistance to boot.

Where people have not laid down weeping at the potential loss of the their local ___________ (fill in the blank) but taken action we find signs of healthy community. Those communities in turn are then much more capable of inviting in the marginalized, the poor, the vulnerable, because the main focus of autonomy is co-operation. Without a degree of co-operation these communities would not have succeeded in rescuing the local ________ , and without the local _______ there is no space for expanding community; showing solidarity with those around us.

So, we invite you to join us on our journey of co-operation into the next era. Yes! In some ways we have no choice but to act, but we would rather act in harmony in the best interests of the health of those we care about; ourselves, our family, our friends, neighbourhoods, communities. We are currently seeking out people, groups, organizations who want to work with us in order to transform themselves, their neighbourhoods and communities through the kinds of initiatives illustrated above. Please do get in touch with us to see if we can work together.

About the Author: admin